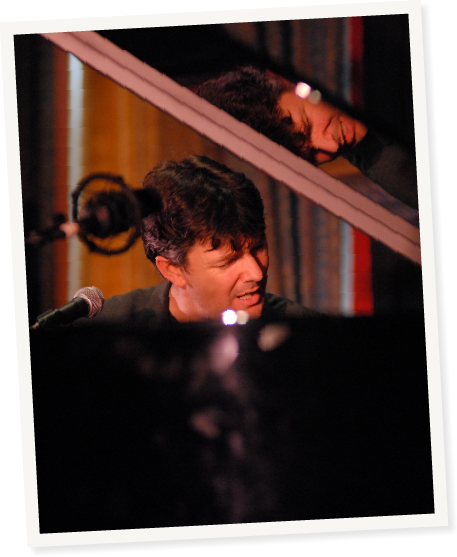 As a performer Pete has been featured at many festivals internationally working as a singer, pianist and conductor. He has been a member of both Kenny Wheeler’s and Abdullah Ibrahim’s vocal projects, travelled extensively as Mark Murphy’s accompanist and has collaborated with, amongst others, Norma Winstone, Stan Sulzmann, John Taylor, Cleveland Watkiss, Julian Arguelles, Bobby Wellins and Tina May. He has also released several critically acclaimed jazz albums under his own name.

The performing and recording Pete has done over the last twenty five years reflects the eclectic career he has pursued thus far… sometimes as a singer, sometimes as a pianist either in a purely instrumental setting or as an accompanist, and sometimes multi-tasking and doing both at the same time! He also works as a conductor… choirs, orchestras, Big Bands etc. The list below reflects the breadth of his scope and his inability to concentrate on just one pathway!

Mark Murphy Musical Director/Accompanist 1993 - 2008 – performances at festivals and in clubs throughout UK and Europe.

Pizza On The Park London (With Mark Murphy)

TWICE ON A SUNDAY

SONGS OF THE SPIRIT

CAPTURED BY A SMILE

‘WITH ONE VOICE’ LIVE

THE IMPOSSIBLE DREAM – ‘KEEP A FIRE BURNING IN MY HEART’ 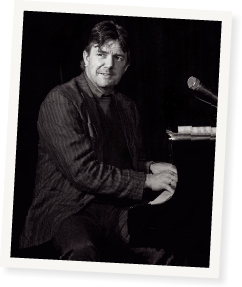