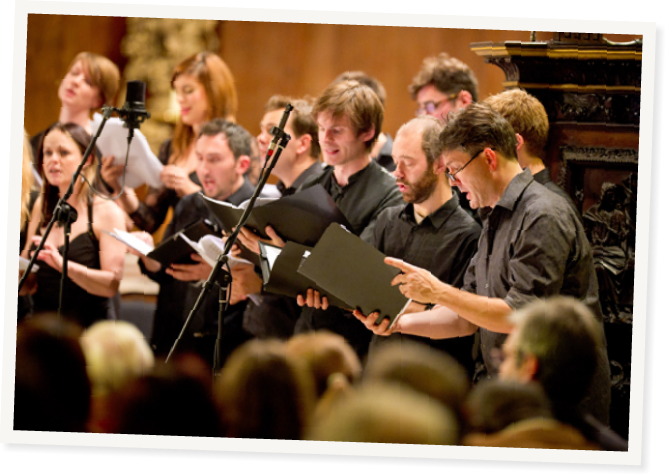 For all the news go to the London Vocal Project website 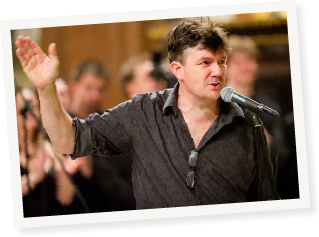 Performing 'The Garden' with Bobby McFerrin and Roger Treece at the Barbican Centre.

Directed by composer, arranger and educator Pete Churchill, the London Vocal Project is composed of students and alumni from the various jazz courses at London's Conservatoires.

From a solid foundation in Gospel and Groove music, the London Vocal Project has developed into an impressively versatile ensemble with a constantly expanding repertoire. Since its inception in January 2008 it has rapidly become recognised as the leading contemporary jazz-vocal ensemble in the country.

A unique and welcome addition to the Jazz scene, the London Vocal Project has not only a clear identity but the requisite vision and diversity to attract a new vocal repertoire from jazz composers.

In addition to regular concerts in venues around London, recent highlights for the group include singing with Dame Cleo Laine and the late Sir Johnny Dankworth at the London Jazz Festival in 2009 (vocal arrangements by J.D.) and a memorable performance of Kenny Wheeler's vocal suite 'Mirrors' with the great Norma Winstone MBE at the Vortex jazz club. Currently we are rehearsing for a Barbican Centre performance with Bobby McFerrin - the British premiere performance of his latest album 'VOCAbuLarieS'

We have performed at the Royal Albert Hall, the Vortex Club, The 606 Club, Pizza Express Dean Street and at open-air events like the City of London Festival and Regent's Street Festival.